Follow Finding the Extra-Ordinary in the Ordinary on WordPress.com 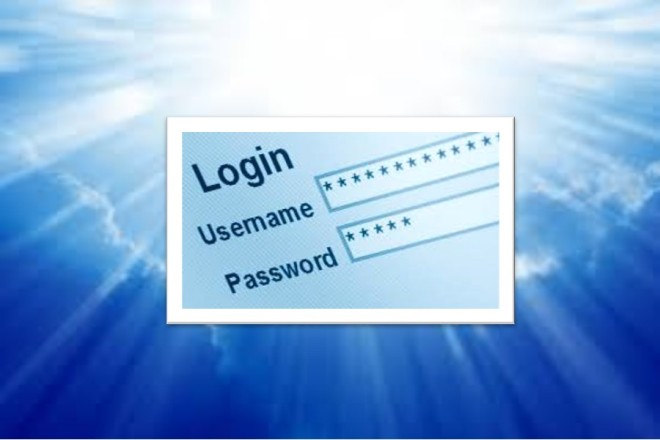 “Password?” I ask, scooting aside, waiting for my ministry partner to type in her code to access her Facebook account. She is my friend too, but this day we are knee deep in church work and we are using her computer and account to run an ad.

“______________,” She blurts out instead of taking her place to secretly enter the series of letters, numbers, and characters that will open her page.

This is not an uncommon occurrence, this instantaneous sharing of important personal (seems to me anyway) information when I give her a chance, and even expect her to keep it to herself. I have set up email accounts for her. I have entered her credit card information (granted, I don’t have a photographic memory, so that’s probably safe enough). I know exactly where she keeps her list of login information for numerous things–social media, email, billing accounts, you name it, it’s on that list and I know where she keeps it. Often, I have the key to her house and if I don’t, I know where one is (I think).

This is trust. This is trust, and I don’t take it for granted. I know not all of her friends, acquaintances, or co-workers have so much access to her life. When she demonstrates her trust of me, I notice. I don’t just pass it off as normal. No, when she hands me her key or rattles off her passwords, I know I am honored.

For those of us who choose to trust God, why? I turned to social media with this question.  Here are my paraphrases of the top responses.

It takes the burden off me, relieving stress.

There is freedom in surrender.

It relieves pressure and brings peace, joy, and increased faith.

There is really no other way, I can’t handle the toughest parts of life on my own.  It means having another hold me.

Without trusting God, I wouldn’t be here today.

I want to control everything, but the reality is, I can’t, so I must trust the one who has control.

God is the only one who can meet my every need.

If I trust God, there is somebody else to blame.

Do you notice a theme in all of these answers?  The reason people trust God is all about what it does for them–relieving a burden, providing peace, giving freedom, etc.  Certainly trusting God does have some benefits for us, and not trusting has consequences.  A prime example of this is the story of the Israelites.

The Israelites were God’s people, set apart to reflect God to the rest of the world.  Unfortunately they found themselves in a bit of predicament, serving as slaves in Egypt, a plight of 400 years.  God had a plan though, to deliver them to the Promised Land, land promised to their ancestors generations before.  He raised up Moses, showed His hand against Pharaoh, and the people were freed, crossing over the Red Sea in a miraculous display as God parted the waters, beginning a trek across the desert from Egypt to the land of Canaan that God promised.  God went with them, providing them with all they needed to survive.  Manna came from heaven to feed them and when they were thirsty, He provided water from rocks.  God Himself traveled with them, in a cloud by day and a pillar of fire at night so they knew exactly where to go.  The Israelites had no reason not to trust God, His very presence visible to them and His provision sustaining them on their journey.  We join up with the Israelites as they stand at the edge of Canaan, surveying the land God had promised.  Moses sent spies, as the Lord commanded (they were going to have to take the land and even with a promise of victory, it is good to know what you are up against), from each of the twelve tribes.  He sent them into the land.  Numbers 13 tells us they came back with this report.

26 They came back to Moses and Aaron and the whole Israelite community at Kadesh in the Desert of Paran. There they reported to them and to the whole assembly and showed them the fruit of the land.27 They gave Moses this account: “We went into the land to which you sent us, and it does flow with milk and honey! Here is its fruit. 28 But the people who live there are powerful, and the cities are fortified and very large. We even saw descendants of Anak there. 29 The Amalekites live in the Negev; the Hittites, Jebusites and Amorites live in the hill country;and the Canaanites live near the sea and along the Jordan.”

30 Then Caleb silenced the people before Moses and said, “We should go up and take possession of the land, for we can certainly do it.”

31 But the men who had gone up with him said, “We can’t attack those people; they are stronger than we are.” 32 And they spread among the Israelites a bad report about the land they had explored. They said, “The land we explored devours those living in it. All the people we saw there are of great size. 33 We saw the Nephilim there (the descendants of Anakcome from the Nephilim). We seemed like grasshoppers in our own eyes, and we looked the same to them.”

The land was promised to them, victory sure, but most of the spies did not trust God, were convinced that they should not go into this land filled with giants.  Then the people started to grumble.  They angrily raised their voices against the leaders and with contempt toward God as they accused them of bringing them out of Egypt only to die by the sword.  God was ready to strike them all dead with a plague destroying the whole nation, but Moses interceded on their behalf appealing to the word, character, and reputation of God, and God relented.  He forgave the people, but not without consequence for their lack of trust and grumbling.

20 The Lord replied, “I have forgiven them, as you asked.21 Nevertheless, as surely as I live and as surely as the glory of the Lord fills the whole earth, 22 not one of those who saw my glory and the signsI performed in Egypt and in the wilderness but who disobeyed me and tested me ten times— 23 not one of them will ever see the land I promised on oath to their ancestors. No one who has treated me with contempt will ever see it. 24 But because my servant Caleb has a different spirit and follows me wholeheartedly, I will bring him into the land he went to, and his descendants will inherit it. 25 Since the Amalekites and the Canaanites are living in the valleys, turn back tomorrow and set out toward the desert along the route to the Red Sea. (Numbers 14)

Thus began their 40 years in the wilderness, a whole generation dying in the desert before they were brought back to the Promised Land.

Not trusting brought consequence.  Trusting would have yielded a whole different story, a great victory, a conquered land, people who had spent their whole lives as slaves enjoying the freedom and land God promised.  Certainly trusting is to our benefit, but is that the ultimate reason we are to trust God?

Numbers 14:11 tells us exactly what distrust (and the accompanied grumbling) means:

“The Lord said to Moses, “How long will these people treat me with contempt? How long will they refuse to believe in me, in spite of all the signs I have performed among them?”

Contempt.  When we don’t trust God, when we refuse to believe, when we respond with grumbling (no one who trusts will grumble, grumbling is more than stating fact or even a regular complaint), we treat God with contempt.  The dictionary defines contempt as “the state of being despised; dishonor; disgrace.”  Youch!  When we don’t trust, we despise, dishonor, and disgrace God.  Conversely, when we choose to trust, we give God the highest honor and glory, and isn’t God’s purpose for us to bring Him glory?

4 For he chose us in him before the creation of the world to be holy and blameless in his sight. In love 5 he[b] predestined us for adoption to sonship[c] through Jesus Christ, in accordance with his pleasure and will— 6 to the praise of his glorious grace, which he has freely given us in the One he loves.
11 In him we were also chosen,[e] having been predestined according to the plan of him who works out everything in conformity with the purposeof his will, 12 in order that we, who were the first to put our hope in Christ, might be for the praise of his glory. 13 And you also were included in Christ when you heard the message of truth, the gospel of your salvation. When you believed, you were marked in him with a seal, the promised Holy Spirit, 14 who is a deposit guaranteeing our inheritanceuntil the redemption of those who are God’s possession—to the praise of his glory.  (Ephesians 1)
Created for His glory. Saved for His glory.
Just as my friend honors me with her trust, when we choose to trust God we honor Him.  There are benefits to trusting a friend (who is trustworthy)–shared burdens, joy (aren’t friends wonderful?), and maybe even a counter full of chocolate if you give them a key.  There are so many benefits, as revealed by the answers of people above, to trusting God, but ultimately trust brings God glory instead of treating Him with disgrace, dishonor, and despise. Perhaps the next time you find yourself tempted not to trust (challenges do that to us, I know, I’m right there with you right now), you will think about what your choice does to the very God who loves and cares for you more than anybody, who willingly went to the cross as a demonstration.  I pray so, for you and for me.